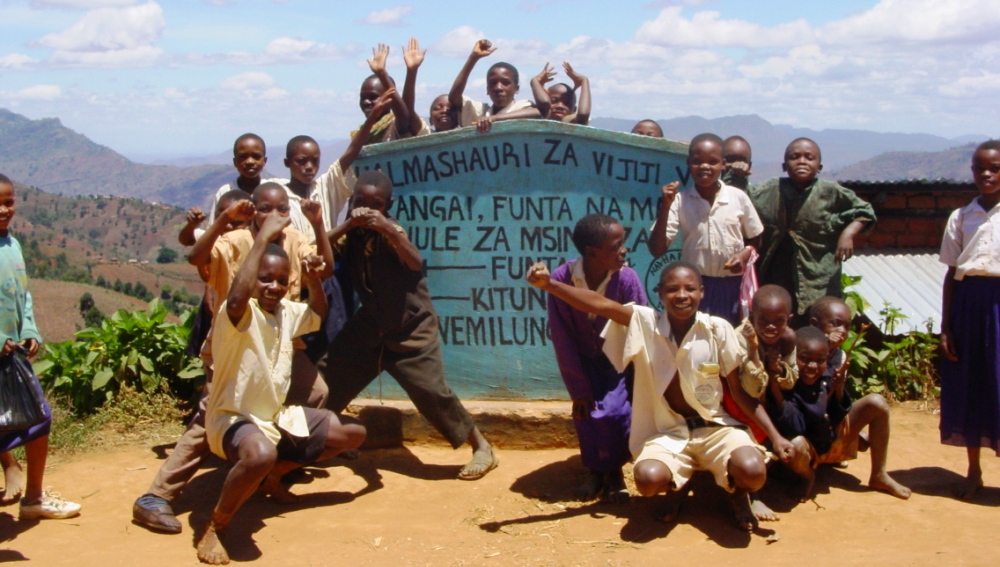 In the DISCOVERY team we investigate the molecular aspects of the interaction between host and microbe during human malaria infection and aim to utilize this knowledge to understand malaria disease progression and develop new adjunct therapies and vaccines against malaria.

Our work is focused on the molecular characterization of the host-parasite interaction mediated by the parasites' PfEMP1 proteins. We aim to understand the importance of this interaction for malaria pathogenesis and immunity and we have initiated work to design a vaccine and adjunct therapy that target and disrupt PfEMP1 function.

In areas endemic for Plasmodium falciparum a substantial percentage of young children die from severe malaria. Severe symptoms and deaths are precipitated by parasites binding in large numbers to side of the blood vessels. This binding is mediated by the P. falciparum erythrocyte membrane protein 1 (PfEMP1) adhesion proteins expressed on the surface of the infected red blood cells. PfEMP1 binds to human receptors on the vascular lining allowing parasites to sequester in the peripheral circulation. Thereby parasites avoid passage through the spleen, where they would be destroyed.

In malaria endemic areas individuals develop immunity as they acquire antibodies blocking the interaction between PfEMP1 and the receptors on the endothelial cells. A large degree of diversity has evolved within the pfemp1 genes to escape antibody recognition. However, the opposing selective pressures for human receptor binding (imposing conservation of protein structure) and immune antibody evasion (driving protein diversification), has shaped and restricted the PfEMP1 repertoire of each parasite to contain a set of similar types of PfEMP1 with similar spread of binding and immune evasion capabilities (see Rask et al 2010 and Smith et al 2013).

In recognition of these potentials we have received strong support from the Lundbeck Foundation, Danida and recently Thomas Lavstsen was awarded a prestigious Sapere Aude DFF-Starting Grant (DFF–4004-00624B) to pursue studies of the PfEMP1-EPCR interaction, acquisition and function of natural acquired antibodies to PfEMP1 and the development of PfEMP1 based vaccine candidates.

Malaria kills between 700.00–1.000.000 individuals annually (Murray et al 2012), ten times as many suffer severe disease and many of those who survive will be taunted by permanent neurologic sequel. Several malaria vaccines are undergoing clinical development. None of them promises to be particularly efficacious, and WHO and other global bodies agree that there is a pressing need to develop better vaccines (Schwartz et al. 2012).

Extensive but so far in vain efforts have been put into development of whole attenuated organism vaccines for malaria but the most relevant and advanced are sub-unit vaccines (i.e. vaccines based on whole or parts of parasite proteins; Thera and Plowe 2011) based on conserved parasite proteins (e.g. RTS,S vaccine). These efforts are challenged by the inbuilt difficulties of the strategy, to elicit protective antibody responses to antigens that naturally occurring immunity does not appear to target.

Our strategy is to design PfEMP1 derived antigens that will elicit antibody responses which resemble in function, but exceeds in effect, the naturally acquired antibodies conferring protection against severe malaria disease by inhibiting the PfEMP1 mediated parasite sequestration in host organs.

The main challenge for developing a CIDRα1-PfEMP1-based vaccine is the extensive sequence diversity of PfEMP1 molecules. However our ongoing studies (Sander et al 2014, Rask et al 2010) of the rapidly increasing number of pfemp1-genomes provided by Sanger and Broad sequencing institutes, shows that the PfEMP1 sequence diversity and diversification speed is limited.

Informed by molecular studies of the CIDRα1-EPCR interaction and fine mapping of functional antibodies from humans and experimentally elicited antibodies from animals we have embarked on designing a CIDRα1 based vaccine. Many differently engineered peptide-antigens are being tested for their ability to elicit antibodies that can inhibit the EPCR binding of most CIDRα1 PfEMP1 variants.

The current goal is to provide proof of concept of a PfEMP1-based subunit vaccine that can enter development for phase I testing.

In order to understand the link between different PfEMP1 types, EPCR binding, natural immunity and severe malaria disease we study the pfemp1 expression and receptor binding phenotypes of parasites isolated from children suffering from malaria.

First it is important to understand and classify PfEMP1 sequence diversity. State of the art and customized bioinformatic analysis tools (e.g., VarDom server) are being applied to describe the structure and evolution of variant gene families of P. falciparum.

Based on the sequence variation analysis we produce recombinant proteins covering different PfEMP1 types in order to test which part or type of PfEMP1 and CIDRα1, natural acquired and protective immunity is directed towards. Currently, proteins are expressed in the Baculo virus expression system and antibody levels in plasma collected from different African and South East Asian populations and patient groups are tested to these proteins in a flow based multiplex system (Luminex).

The pfemp1 gene expression of parasites collected from malaria patients are investigated using QPCR primers specific to different types of PfEMP1 and by next generation sequencing technologies. Also, surface expression of proteins is tested using antibodies generated from recombinant PfEMP1 proteins and plasma from immune individuals.

EPCR binding is linked to malaria symptoms by testing the ability of patient parasites isolates to bind recombinant EPCR and endothelial cells via EPCR or other known human receptors.

Downstream of the initiating parasite binding to endothelial cells the pathogenesis of severe malaria is linked to an unrestrained inflammatory reaction, leakage of fluids and erythrocytes through the endothelial barrier and microvascular thrombosis (Bouwens et al 2013). These features could well be linked to the binding of parasites to EPCR during malaria infection ( Aird et al 2014). EPCR is a multifunctional protein that plays an important and central role in the cross talk between coagulation and inflammation and we have found that EPCR function disrupted by PfEMP1 interaction.

As PfEMP1 molecules are unique to malaria parasites infecting humans (and great African apes, Prugnolle et al 2009), there are no adequate animal model for severe P. falciparum malaria. To further elucidate the importance of the PfEMP1-EPCR interaction for the molecular pathogenesis of malaria, we perform in vitro studies of endothelial cell function and derived inflammatory processes following PfEMP1 engagement.

There are several single nucleotide polymorphisms (SNPs) in the gene coding EPCR (PROCR). Several studies have indicated that individuals, who are heterozygotes or homozygotes for haplotypes H3 and H4, have increased risk of developing venous thrombosis. Carriers of H3 and H4 also have higher plasma higher levels of soluble EPCR than those with H1 and H2 genotypes (de Willige et al 2004; Dennis et al 2012). High plasma levels of soluble EPCR is associated with increased risk of pre-eclampsia and thrombosis (Saposnik et al 2012; Navarro et al 2008). Thus we are investigating the hypothesis that polymorphisms in the PROCR gene may be balanced in African populations, rendering carriers of certain PROCR haplotypes less susceptible to malaria death at the expense of a higher risk of developing venous thrombosis and eclampsia during pregnancy.

Drugs used in standard treatments of malaria, take up to 24 hours before having parasite effect, which together with often late hospitalizations, cause the majority of malaria-related deaths at hospitals to occur within the 24 hours after treatment initiation. Due to the pathogenic importance of cytoadhesion the idea of developing adjunctive therapies that either reverse parasite adhesion or improve/restore endothelial functions is not new (Rowe et al. 2009). The rationale and focus of adjunctive therapy has been sharpened since our discovery of EPCRs implication in severe malaria. We are currently looking into possibilities for testing treatment with novel APC mutants lacking anticoagulant properties, and for developing new drugs that inhibit parasite binding to EPCR or restore EPCR function on endothelial cells.

PhD and Master students with a natural science background can carry out their project with the DISCOVERY team. The team also trains technicians. The methods we use include:

For more information about this team, please contact the DISCOVERY team leader