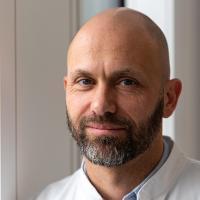 One of my main areas of research has been how immunity against malaria is acquired. During this work the study of antigens inserted into the red blood cell membrane by the infecting Plasmodium falciparum parasite and how they mediate adhesion to host receptors is pivotal. The clinical symptoms of malaria are precipitated by different adhesion phenotypes, and protection is mediated by antibodies that hinder this adhesion.

Recent years my main line of research has been more and more focused on one particular syndrome of malaria namely placental malaria. Here I have been involved in the first identification of the antigen causing the disease, named VAR2CSA. Subsequently efforts have been to validate this initial finding partly through my commitment to dissect the immune response to VAR2CSA. Importantly this resulted in the identification of which parts of this large antigen to include in a potential vaccine against placental malaria. Another important part of this is to be able to test the efficacy of a vaccine. As there are no relevant animals models for placental malaria this entailed the development of tools to study in a high throughput system the ability of antibodies to inhibit binding of parasites to placental receptors.

Currently I am coordinating the clinical phase 1 testing testing of a placental malaria vaccine in Germany and Benin. Through this work I have been in charge of writing the investigators brochure & IMPD, and participated in writing of the clinical protocol and meetings with the regulatory authorities at Paul Erlich Institute, Germany.