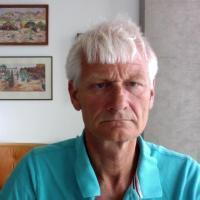 Malaria is the main focus for Professor Thor Theanders research and his main scientific achievements involves a family of proteins called Plasmodium falciparum Erythrocyte Membrane Protein 1 (PfEMP1). These proteins are expressed on the surface of infected erythrocytes, and mediate binding between these cells and cells on the vascular lining. In 2003 and 2004, Salanti and Theander identified VAR2CSA as the PfEMP1 responsible for placental sequestration. The group has since developed a VAR2CSA based vaccine to prevent placental malaria. The first GMP product was vialed in January 2015 and clinical phase 1 studies are set for November 2015 in Germany and Benin. In October 2015, the group published data in Cancer Cell showing that VAR2CSA binds to carbohydrates on a broad selection of cancer cells and can be used to deliver toxic compounds to these cells. These findings suggest that VAR2CSA could play a future role in cancer diagnosis and treatment.
In 2012, Lavstsen and Theander identified particular PfEMP1 types as highly transcribed in children with severe malaria and a year later they identified endothelial protein C receptor (EPCR) as the human ligand for these highly expressed PfEMP1s. This work also identified a specific class of PfEMP1 CIDR domains as mediating the EPCR binding. In collaboration with Matt Higgens’ group from Oxford, the Copenhagen group recently published the molecular structure of the EPCR-CIDR interaction. These findings have illuminated a molecular interaction of key importance to the pathogenesis of severe malaria opening new avenues for malaria vaccine research and novel adjunctive therapies.
Thor Theander is a founder and Head of the Centre for Medical Parasitology (http://cmp.ku.dk). The Centre employs about 80 scientists, students and technicians and has broad together malaria researchers from University of Copenhagen, Copenhagen University Hospital and the State Serum Institute. The Centre was rewarded the status of ”Centre of Global Excellence in Health” by the Capital Region of Denmark in 2015.